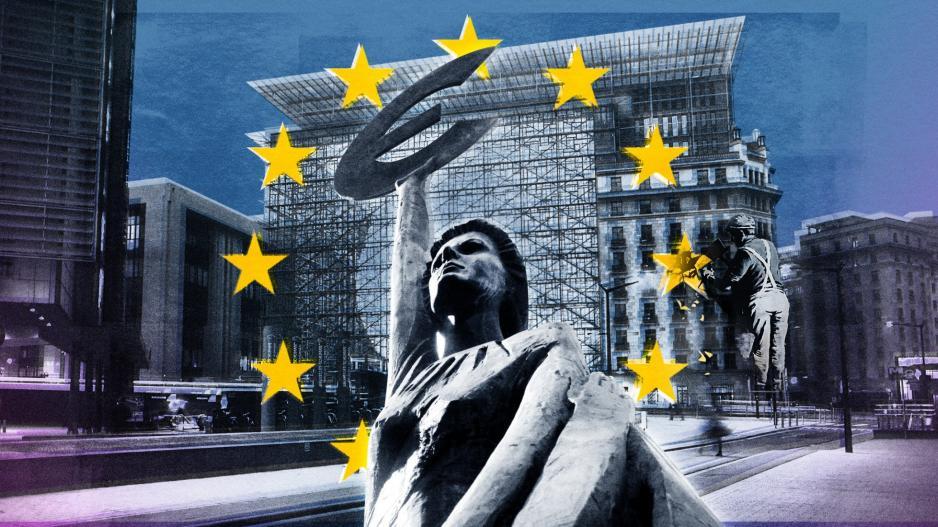 After clearing the final hurdle separating him from the chancellery in Berlin, Olaf Scholz will be sworn in tomorrow to replace Angela Merkel. The last missing piece of the puzzle was a Green Party vote on joining the alliance with Scholz’s center-left Social Democrats and the pro-business Free Democrats. The result showed that 86% of Greens who took part approved the deal, a surprisingly high number given the dissatisfaction among some of the party’s more radical members. In what is perhaps a harbinger of future disputes, the grumblers are unhappy with what they see as a lack of ambition on climate protection and the scale of concessions made to the liberals. In any case, the overwhelming priority for Scholz and his new Harvard-educated health minister in coming weeks will be getting the pandemic under control. With hundreds of people dying every day from Covid-19 and intensive-care units increasingly overwhelmed, the economy his government is taking over looks in worse shape than when his party won elections in late September.

What’s Happening
United Front | Joe Biden spoke with the leaders of Germany, France, Italy and the U.K. in preparation for the U.S. president’s video call today with Russia’s Vladimir Putin. The countries are seeking to project collective determination to steer him off any plan to invade Ukraine. As a deterrent, the allies are weighing sanctions targeting Russia’s biggest banks and the country’s ability to convert rubles, we’ve been told.

Trade Doubts | The Commission is trying to defuse concerns about its plans for a new legal tool to safeguard the EU’s trade in disputes with countries outside the bloc. Even before it unveils its ideas this week, Sweden said it wasn’t convinced such a proposal was warranted, according to a preliminary paper we’ve seen. A diplomat from another member state also voiced misgivings.

Green Sovereignty | France, which is set to take over the rotating EU presidency, wants the bloc to reduce its dependence on countries such as Russia and China for both energy and the raw materials needed to drive the green revolution. The EU must “hold the reins of its sovereignty,” said  Barbara Pompili, the country's minister for the ecological transition.

Covid Talk | EU health ministers will discuss booster doses, vaccination for children and measures states have put in place to combat the omicron variant when they meet in Brussels today. We also expect some wrangling over possible adjustments to the travel curbs imposed on southern Africa, although the final decision won’t be in their hands.

In Case You Missed It
Temporary Inflation | Inflation pressure in Europe is still likely to be temporary, Eurogroup President Paschal Donohoe told us yesterday. “When we move into 2022, I do expect us to be on average back at around 2%,” Donohoe, who is also Ireland’s finance minister, said on Bloomberg TV. Separately, the IMF said the ECB should stick with its ultra-supportive stance as long as inflation appears to be temporary.

Transatlantic Friction | The EU warned U.S. congressional leaders and members of President Joe Biden’s administration in a letter seen by Bloomberg. The aggressive use of electric-vehicle credits in the pending Build Back Better Act could run afoul of international trade rules and create “friction” in the transatlantic relationship, the bloc said.

Belarusian Retaliation | Belarus is planning to ban “a number of goods” from countries that are slapping it with “illegal” sanctions, the country’s foreign ministry said on its website. Plans include restrictions against EU and U.K. airlines as well as expanded visa bans. The economic integration with Russia will continue.

Latest Chancellor | Austria inaugurated its third chancellor in three months, appointing Karl Nehammer to the post as the country fights to contain the latest wave of the coronavirus pandemic. A career politician and anti-immigration hardliner, Nehammer’s job will be to navigate Austria out of its fourth lockdown and implement a vaccine mandate.

Covid Pill | The European Medicines Agency recommends extending indication of Roche’s RoActemra to include the treatment of adults with Covid. The medication is already approved in the EU for treating several diseases, including rheumatoid arthritis, systemic juvenile idiopathic arthritis and juvenile idiopathic polyarthritis. 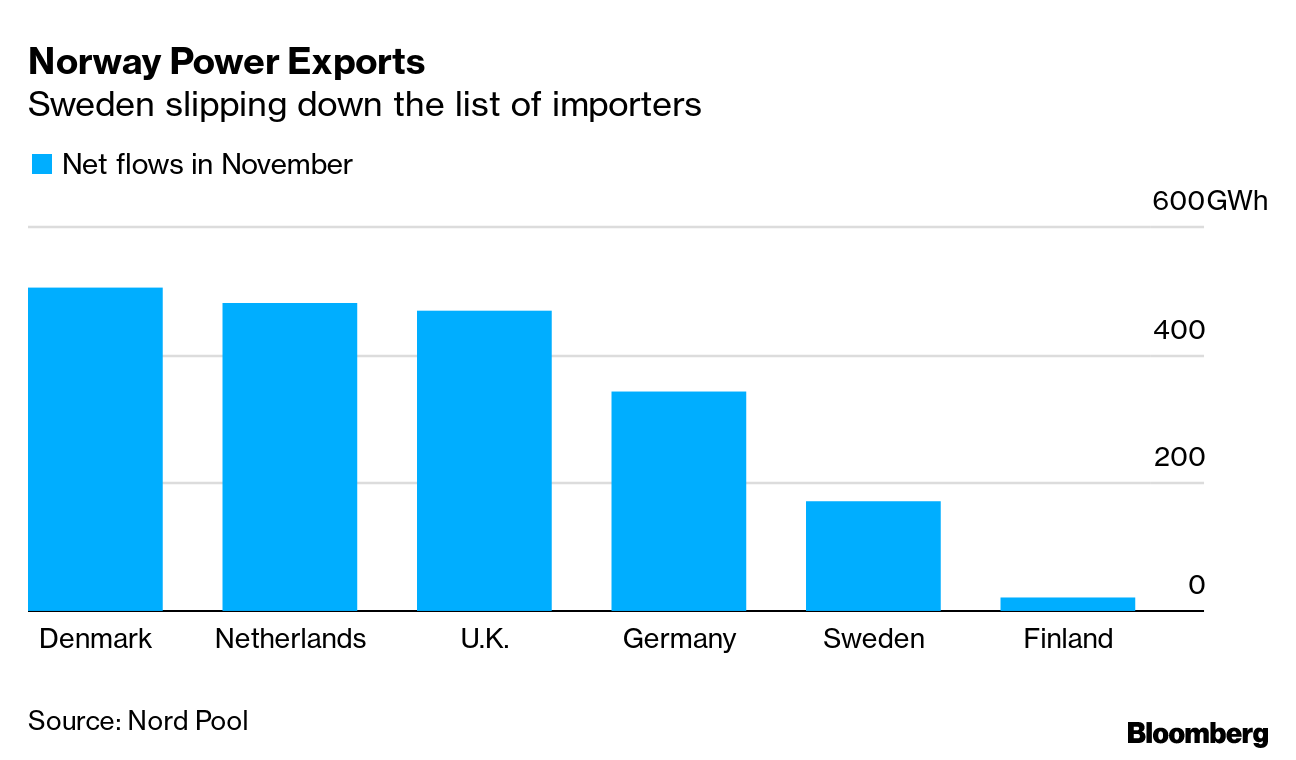 A spat over electricity supplies is heating up in northern Europe. Sweden moved to safeguard its grid after Norway started increasing electricity exports through huge new cables to Germany and the U.K. Those exports at times have drawn energy away from Sweden, resulting in the country’s system operator cutting capacity at its Nordic borders, preventing exports but also hindering imports. Norway hit back last week by cutting flows to Sweden. Finland and Denmark rely on imports too, and they want the EU to end regulatory exemptions that make such reductions possible.