Anastasiades aims to appeal to The Hague to defend Cyprus’ rights

Appeal to The Hague aims at defending Cyprus’ sovereign rights, President points out

The appeal to the International Court of Justice in The Hague aims at protecting the sovereign rights of the Republic of Cyprus, President of the Republic Nicos Anastasiades pointed out on Thursday (4/12), noting that it was possible that difficulties would arise.

Invited to says what Cyprus’ intention was by appealing to The Hague regarding its differences with Turkey, President Anastasiades said it aimed at “the protection of our sovereign rights.”

“We have said that we will use every legitimate and legal weapon, ever international forum, every international organisation, in order to defend the sovereign rights of the Republic of Cyprus, and the appeal to the Court in The Hague has this purpose,” he said, adding that “difficulties may arise.”

To comments that an appeal required the acceptance of both sides, President Anastasiades said that “there is a process through which the intention of a country to appeal to the Court in The Hague is made known,” adding that “we have submitted the relevant notification to the Turkish Embassy in Athens, it has not been accepted, it was sent via other means, there is proof of receipt, and this gives the right to appeal.” 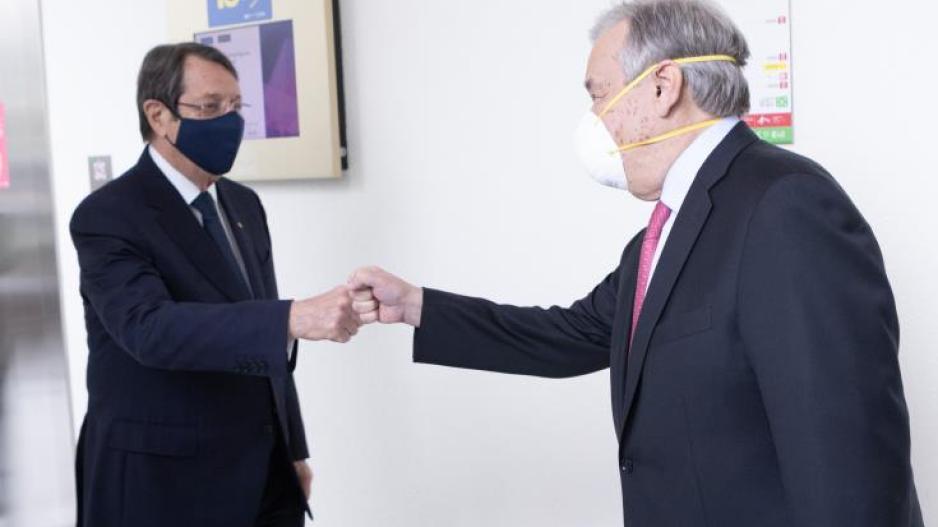 Cyprus President Nicos Anastasiades will have a meeting on Tuesday with UN Secretary General Antonio Guterres, in New York where he is to take part in the UN General Assembly session.

Addressing a press conference, on Monday, President Anastasiades said that he would convey to Guterres the various alternative proposals he has made at times to achieve a breakthrough, such as the decentralisation of powers in order to lessen likely conflict at federal level, the establishment of a parliamentary democracy, the substantive confidence building measures which would allow for a positive climate in order to create the necessary conditions for the resumption of talks or even his recent proposal of returning to the 1960s Constitution under conditions in order to guarantee that the state`s evolution to what has been agreed in the High Level Agreements and on the basis of UN resolutions.

Cyprus has been divided since 1974, when Turkish troops invaded and occupied 37% of its territory. Numerous UN backed talks to reunite the island have failed to yield results.