Brussels Edition: Back to sanctions

The EU is into the next round of talks, this time on the eighth sanctions package. Russia’s actions — referendums in occupied Ukrainian territories, mobilization and allegedly sabotaging the Nord Stream pipeline — are pressuring the bloc to respond, but it’ll have to overcome pockets of strong resistance to some of the specifics. Proposals from Commission Chief Ursula von der Leyen include a “sweeping” new import ban on Russian products, as well as prohibiting the sale of key technologies that could benefit Russia’s military. EU nationals would be barred from lucrative jobs in Russian state-owned firms, a measure that, as we reported earlier, would likely impact former German Chancellor Gerhard Schroeder. The package would also move toward a price cap for Russian oil sold to third countries. But similar controls on Russian gas remain a contentious issue ahead of tomorrow’s meeting of the bloc’s energy ministers, and the Commission told governments it needs to rely on a combination of tools rather than market intervention alone.

Power Risk | Slovakia may cut electricity exports to Germany and other EU states unless the bloc’s governments meet its demand to modify an emergency energy proposal, Prime Minister Eduard Heger told us. A package of intervention measures includes a cap on lower-cost power producers’ revenue from electricity, which Slovakia argues isn’t fit for its national power industry.

Climate Disaster | The 700-meter wide pool of bubbling water in the Baltic Sea caused by the rupture of the Nord Stream gas pipelines points to a climate disaster. While the quantity of methane — one of the most powerful greenhouse gases — released into the atmosphere is incredibly difficult to estimate, scientists are already speculating that it could be one of the biggest discharges ever.

Tanks Stuck | The US and Germany remain stuck on efforts to send battle tanks to Ukraine, as officials contend with logistical issues and Europe’s own defensive requirements, along with concern about escalating tensions with Russia, according to people familiar with the discussions. Ukraine’s allies have held talks at various levels in recent weeks on whether to send NATO-standard battle tanks to Ukraine, but no decision has been taken.

Drone Crashes | The EU is planning new rules to make it easier for people to sue for damage triggered by failures of artificial-intelligence technology, whether it be drone crashes or invasions of privacy.  Draft liability rules unveiled yesterday would lower the burden of proof and ease the access to evidence for people who have suffered damage from AI-driven systems, where pinpointing blame is hard due to the technology’s complexity.

Now What? | Giorgia Meloni’s landslide win in Italy’s election has left many wondering how she might govern, not least Italians fighting for same-sex rights. While Meloni has signaled that she’ll govern as a moderate, her Brothers of Italy party is a fierce advocate of traditional family values, leaving the LGBTQ community far from reassured that they’ll be heard.

Borrowing Costs | ECB President Christine Lagarde said borrowing costs will be raised at the next “several meetings” to ensure inflation expectations remain anchored and price gains return to the target. Addressing an event in Frankfurt, Lagarde said bringing inflation back to the 2% medium-term goal is the ECB’s main mission — despite increasing concerns about recessions in Germany and the 19-nation euro zone.

Debt Sales | Germany’s federal government will increase debt sales by €22.5 billion in the fourth quarter to help fund spending to soften the impact of the energy crisis. Chancellor Olaf Scholz’s coalition has put together three packages of measures to help households and businesses struggling with soaring energy costs. The initiatives are worth almost €100 billion in total.

Minimum Tax | Ireland’s Finance Minister Paschal Donohoe said the EU should take time to get unanimous backing for the global minimum corporate tax. His stance pushes back against large European countries including Germany and France that are looking at new ways to quickly bring the minimum levy into force as Hungary continues to block an EU directive.

WhatsApp Fines | Credit Suisse, Deutsche Bank and UBS aren’t expecting a hit to third-quarter earnings after agreeing to pay fines in the U.S. related to a probe into unauthorized messaging apps. Deutsche Bank confirmed yesterday that it won’t see any impact on results due next month. The two Swiss banks have also largely set aside enough cash to cover the fine, we’re told.

Draft Exodus | At least 200,000 Russians have left the country after President Vladimir Putin’s mobilization order, an exodus that’s causing turmoil at the borders and stirring fears in neighboring states about potential instability. While Russia hasn’t released official data, statistics from Georgia, Kazakhstan and the EU showed the scale of the departures. 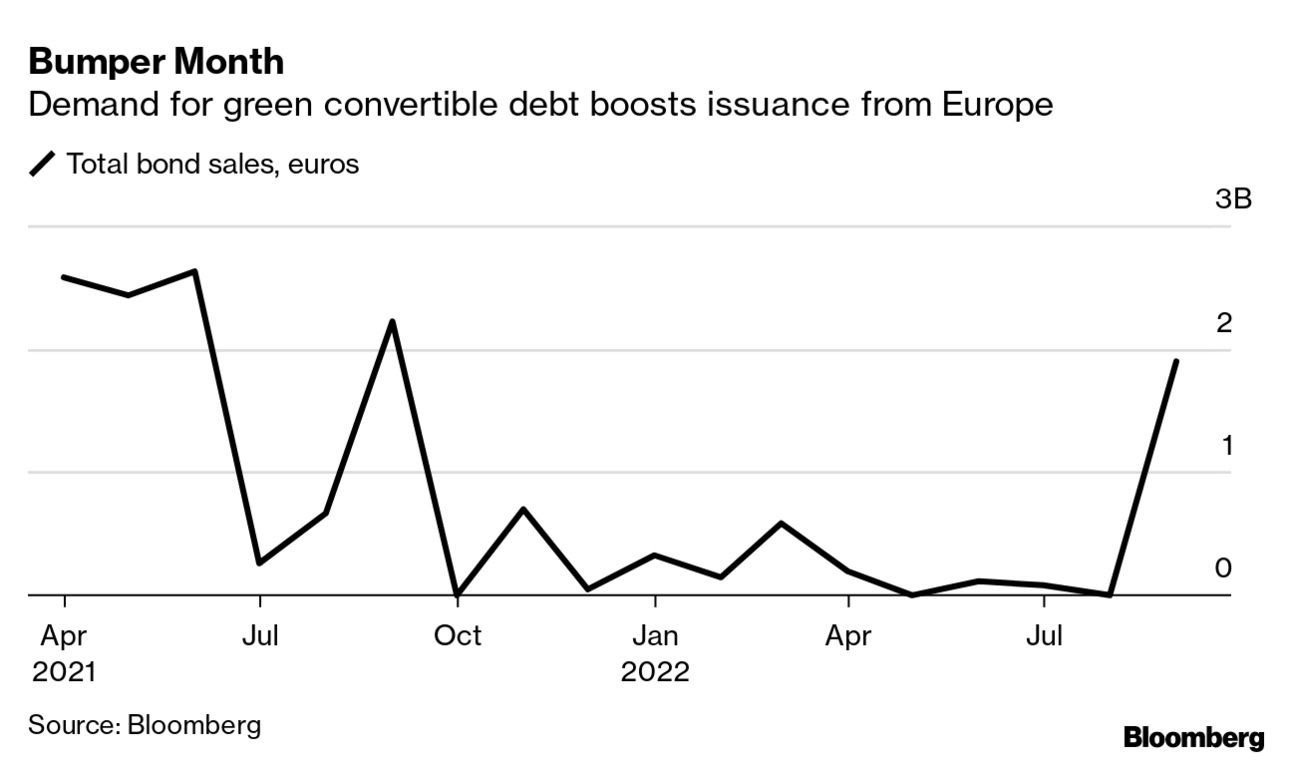 Some bond investors are playing the long game as a deepening standoff with Russia threatens Europe’s energy supply, betting that gas shortages will speed up a transition to renewable energy. They’ve been buying up bonds linked to clean-energy companies that can be converted on maturity into stocks, meaning they will receive coupon payments throughout the coming gas crunch and potentially end up with a share in a flourishing company. 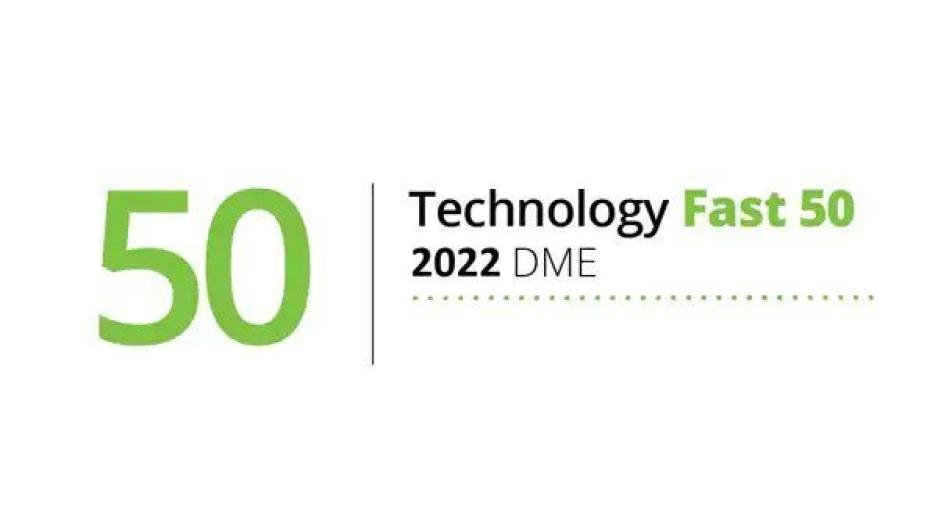 Deloitte, the renowned provider of professional services, announces that nominations for the 2022 “Technology FAST 50” program awards are open, providing regional rapidly growing companies from the emerging technologies sector with the opportunity to grow and amplify their brand.

“The Middle East region is home to a large number of technology start-ups, led by innovative, entrepreneurial and dedicated regional talent that is striving to make an impact that matters,” said David Stark, Deloitte Middle East Private Leader. “This year’s edition of “Technology FAST 50” introduces two new accolades which aim to support companies attain greater heights and elevate their profile. We believe the growth of the region’s technology ecosystem can play a huge part in the future economies of its different nations, and support the diversification of their revenue streams,” he added. This year, the program will also shed light on start-ups who have been in business for less than three years who meet the “Technology Fast 50” criteria, providing them with the “Rising Star” accolade. Moreover, the program will nominate technology companies who demonstrate their environmental, social and governance (ESG) contribution and how it aligns with their mission, providing them with the “Impact” accolade.

Registration for Deloitte’s “Technology Fast 50” program is now open until 30 November for interested companies founded and headquartered across Cyprus and the Middle East.

For more information about the program, please visit the site HERE.