EU governments are poised to back former Nigerian Finance Minister Ngozi Okonjo-Iweala for World Trade Organization director-general, preferring her to the only other remaining candidate, South Korean commerce chief Yoo Myung-hee. The move, which member-country representatives may green-light as soon as today, reflects the EU’s campaign to bolster relations with Africa as well as Okonjo-Iweala’s breadth of experience including at the World Bank, according to officials involved in the process. The spotlight will then shift to the positions of the U.S. and China, with Washington possibly leaning toward Yoo. Whoever wins will have their work cut out, contending with the U.S.-China trade battle, a hobbled arbitration system, a lack of tools to tackle growing challenges such as industrial subsidies and, of course, headwinds from the coronavirus pandemic.

What’s Happening
Bond Record | Budget Commissioner Johannes Hahn will brief the press today about the EU’s first offering of so-called social bonds meant to finance SURE, the bloc’s job-support program. He’s got every reason to be satisfied with yesterday's deal after it drew the biggest orderbook of all time, at 233 billion euros.

Brexit Impasse | A half-hour call between Britain’s and the EU’s chief Brexit negotiators failed to unblock a stalemate over trade negotiations. As the two sides edge toward the end of the transition period, about half of U.K. companies are less prepared for the upheaval due to the fallout from the coronavirus pandemic. Still, there’s a plan: Let Boris Johnson claim victory.

Swinging Doors | The EU plans to remove Canada, Tunisia and Georgia from its list of countries whose residents are allowed to visit amid the pandemic, while readmitting travelers from Singapore. These mark the first planned changes in more than two months to the EU’s recommended travel “white list,” shrinking it from 11 foreign nations to nine.

Budget Talks | Negotiations between member states and the European Parliament over the bloc’s seven-year budget look set to continue this afternoon. While the German presidency yesterday signaled “cautious optimism” after the latest round of talks over the contentious rule-of-law issue, disagreements still loom large.

Virus Update | The head of Roche Holding warned that a widespread vaccine this year is unlikely, adding to a chorus of caution from industry leaders. New cases hit daily records in Germany and the Netherlands, and Spain was weighing a curfew in Madrid. Here’s the latest.

In Case You Missed It
Golden Passports | Malta and Cyprus were issued with legal ultimatums as the Commission stepped up its crackdown on governments selling citizenship rights to live and work in the EU. The countries have two months to provide satisfactory answers.

Tech Cop | The EU has long been the world’s most aggressive regulator of the world’s biggest technology firms. Determined to do more, it’s now set to unveil sweeping legislation meant to enable regulators to head off bad tech behavior before it happens or to respond with more potent punishments. Here's a look at what's at stake.

Fait Accompli | Greece stepped up diplomatic efforts to mobilize EU partners against Turkey, as Ankara continues its energy prospecting in the eastern Mediterranean. Foreign Minister Nikolaos Dendias charged Turkey with trying to create a “fait accompli” and called on Germany, Spain and Italy to halt exports of military equipment to the country.

Growing Pressure | Danish Prime Minister Mette Frederiksen said she should have done more to crack down on sexual abuse within her Social Democrats as a wave of accusations inundates her party. Her foreign minister, Jeppe Kofod, is facing growing pressure to step down for having sex in 2008 with a 15-year-old member of the youth party. 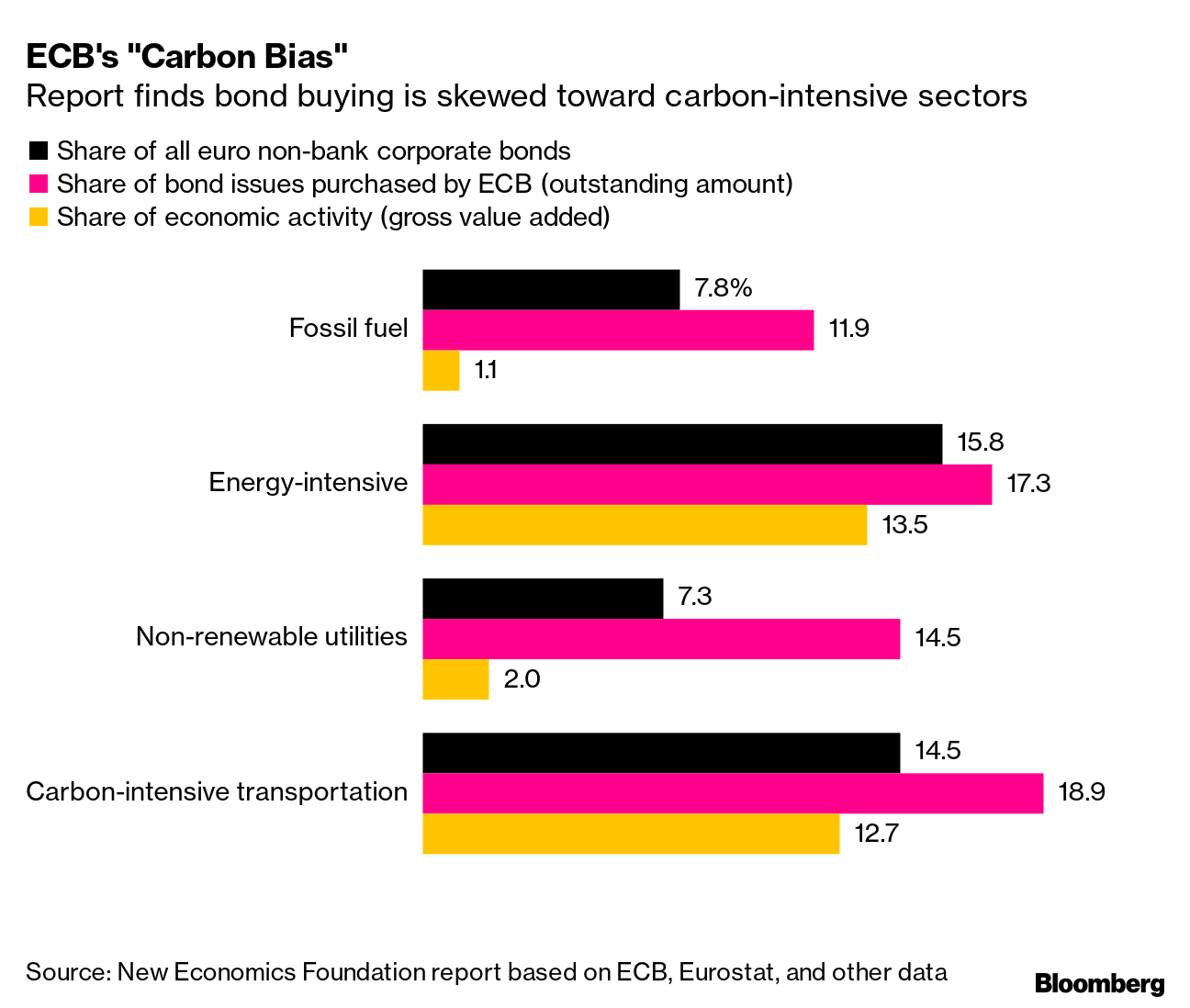 Environmental activists and economists claim there’s a way for the European Central Bank to account for climate risks in its stimulus programs without the time-consuming preparatory work officials often say is needed. In a new report, researchers from the New Economics Foundation, Greenpeace and three British universities argue that the institution should no longer stick to its principle of market neutrality because investors price debt issued by polluting companies too generously, with borrowing costs further supported by ECB buying.