It’s being touted as one of the most ambitious plans to green the economy globally, and this week we will find out exactly how the EU intends to become carbon neutral by the middle of the decade. The bloc will mark the start of the swansong for fossil fuels with a bid to lower emissions by 55% from their 1990 levels by 2030. One key aim is to phase out the combustion engine by requiring emissions from new cars and vans to fall by 65% from 2030 and drop to zero by 2035, according to a draft EU document. More broadly, expect a raft of proposed legislation, including an expansion of the EU’s carbon market, rules to force airlines to cut pollution as well as proposals to slap an emissions levy on key construction imports from outside the bloc. Lobbies and NGOs will waste no time in parsing the fine print to see what the true cost will be and whether it really does live up to all the hype. We walk you through the main action points below.

Climate Highlights
Capping Carbon | A key cornerstone of the drive to lower emissions is an expansion of the EU’s carbon market — already the world’s biggest — which puts a price on pollution that can be traded in the financial markets. The Commission plans to phase maritime transport into the EU Emissions Trading System from 2023 and improve a mechanism to control the supply of carbon permits, as part of the biggest overhaul of the market to date. Find out more.

Greener Travel | Airlines will eventually have to pay for all the pollution from their planes and there will be stricter demands on companies in the transport sector to use cleaner fuel. Still, there are a couple of controversial exemptions from the tougher rules, such as private jets and cargo including Amazon packages.

Social Fund | There are worries that all the new regulations could harm the most vulnerable households. To combat that, the Commission wants to set up a Climate Action Social Facility, financed with revenues from the new carbon market. It aims to provide funding to national governments to support citizens most at risk of energy or mobility poverty.

Border Levy | Watch out too for plans to introduce an import levy on steel, cement and aluminum produced in countries with lower environmental standards in an effort to avoid harming domestic producers. It’s a world first, but there are likely to be long debates within the bloc about potential diplomatic rifts with China and India.

Nuclear Question | All this follows the launch of the bloc’s taxonomy and green bond standard that aims to bring finance on board with funding the estimated 350 billion euros needed per year to fund the transition. One of the key sticking points is whether nuclear power will be accepted as a green technology. Eighty lawmakers in the European Parliament are in favor.

G-20 Balks | The Group of 20 isn’t ready to go as far on some of the big climate pledges as the EU. G-20 finance ministers meeting in Italy failed to agree on a climate pledge to achieve net zero greenhouse gas emissions by 2050 after an effort to include such language in the final communique was thwarted by several countries that are more reliant on fossil fuels.

Company Views | Leaders from BASF, Allianz, Volvo, ThyssenKrupp, Siemens and 17 other companies joined several European lawmakers in calling on the bloc’s top officials to ensure that a planned green overhaul speeds up the deployment of renewables and helps the region’s producers in the shift to climate neutrality.

What Else is Happening
Recovery Focus | Finance ministers are looking forward to exchanging views with Yellen at today’s Eurogroup meeting, according to a senior EU official. The focus will be on how to speed up the economic recovery, banking and financial issues, as well as maintaining transatlantic ties, but Yellen will press EU officials to reconsider their plans for a digital levy.

G-20 Backing | German Finance Minister Olaf Scholz said he believes European holdouts to a global tax deal — Ireland, Hungary and Estonia — will be brought on board. Scholz and French Finance Minister Bruno Le Maire hailed a deal aimed at stifling competition among countries that have sought to attract corporations with ever-lower taxes.

ECB Tools | European Central Bank President Christine Lagarde told investors to prepare for new guidance on monetary stimulus in 10 days, and signaled that fresh measures might be brought in next year to support the euro-area economy after the current emergency bond program ends. Speaking to Bloomberg Television yesterday, Lagarde said the July 22 Governing Council session — previously expected to be relatively uneventful — will now have “some interesting variations and changes.”

LGBTQ Fight | This week could be when the EU unveils legal proceedings against Hungary over its crackdown on LGBTQ rights. The Commission is planning to send Hungary a so-called letter of formal notice, a last step before a suit at the EU’s Court of Justice, according to people familiar with the matter.

In Case You Missed It
Upstart victory | An anti-establishment party led by a pop-star talk-show host narrowly won Bulgaria’s do-over elections, ending a decade of political dominance by three-time Prime Minister Boyko Borissov. Still, the tight victory by Stanislav Trifonov’s There is Such a People party may produce a hung parliament and extend a political crisis that has hampered the country’s efforts to improve the EU’s lowest living standards and tackle its worst corruption. The Black Sea nation is also struggling to catch up vaccinating against Covid-19, where it ranks last in the bloc.

Beer Boycott | Heineken became the target of a boycott effort after it ran a minute-long ad on social media showing senior citizens dancing in a nightclub with the message: “The night belongs to the vaccinated. Time to join them.” Some threatened to #BoycottHeineken as they posted videos of themselves pouring the beer down their sinks.

Brexit Bill | The U.K. said it doesn’t accept the EU’s assessment that London owes the bloc 47.5 billion euros as part of the Brexit settlement, a higher figure than the U.K. had originally estimated. 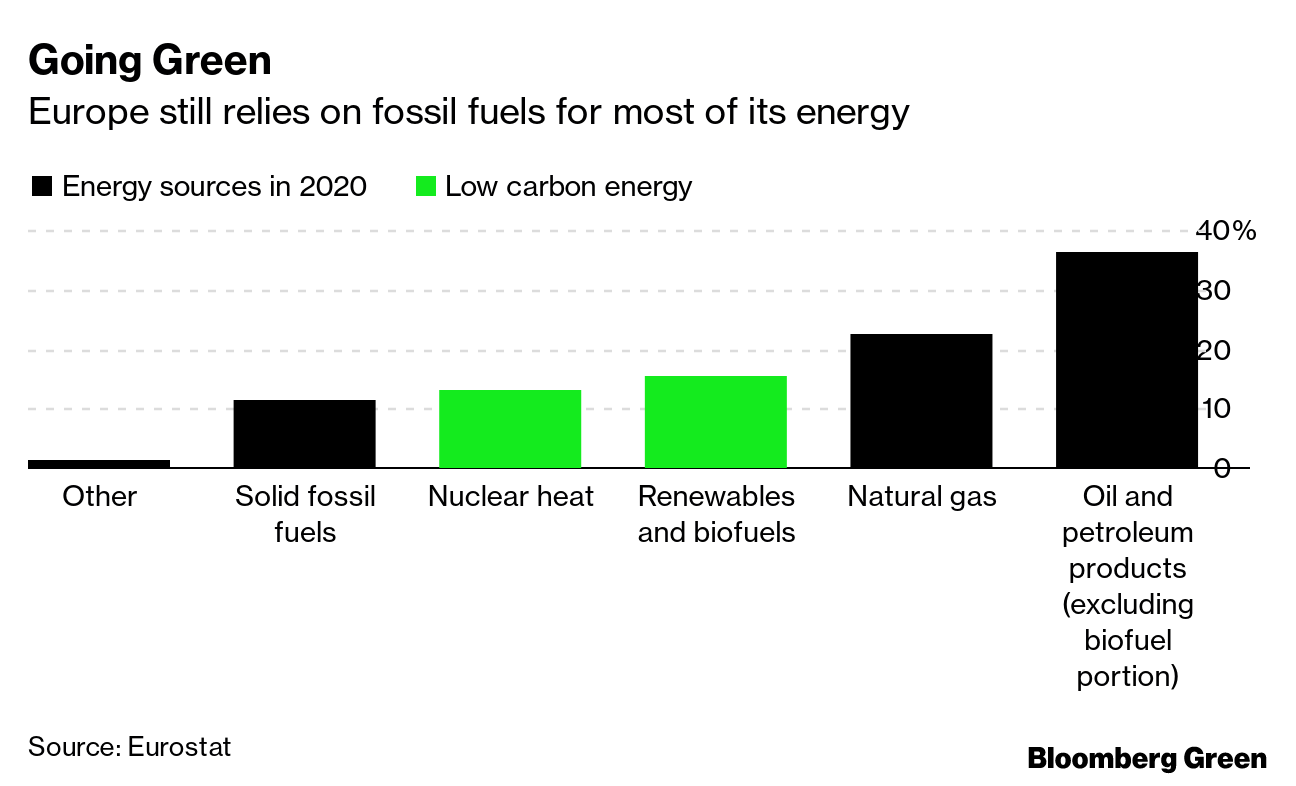 Europe aims to become the world’s first net-zero emissions continent by 2050, but that’s a daunting goal given its reliance on fossil fuels. Nations will have overhaul every corner of their economies, with transport and industry being the biggest challenges. “There’s no way around it, reaching net zero by 2050 means phasing out combustion vehicle sales by 2035 at the latest,” said Colin McKerracher, head of transport research for BloombergNEF.​​​​​​ 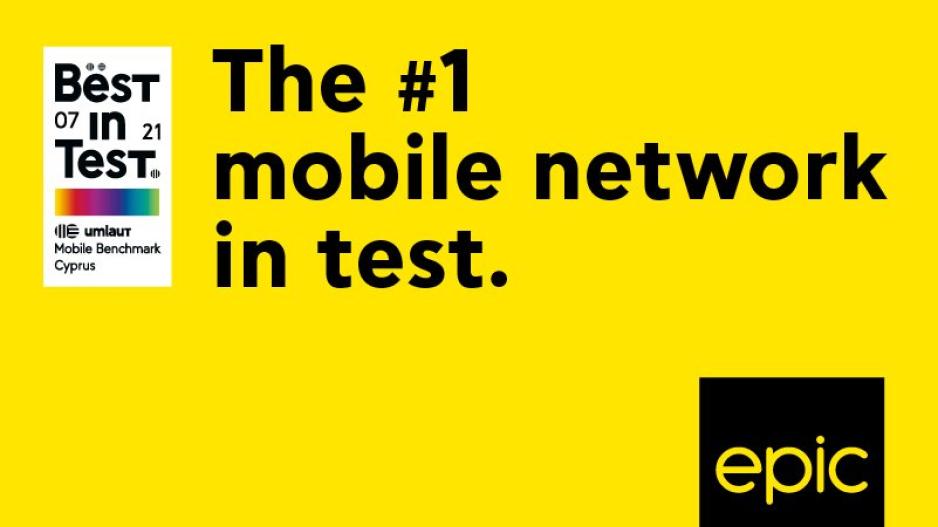 With a new recognition by umlaut, Epic has maintained its position as the # 1 mobile network in test in Cyprus. It is the fourth consecutive certification by the independent German company that has placed the Epic network at the top since June 2020.

Epic's network received a total of 936 points (on a scale of 1-1000) after a revised evaluation covering the period from mid-January to the end of June. This is the highest score the organization has ever received for its network. Epic has secured the highest score in all three main categories of the latest evaluation, which are Broadband Coverage, Download Speed and Latency, and which in combination create a significantly better consumer experience.

umlaut’s methodology focuses on the user experience for each network and is carried out through the crowdsourcing method. The results of these independent ratings are recognized in more than 120 countries as the de facto industry standard of the industry and are utilized by numerous leading telecommunications organizations to evaluate and improve their networks.

Specifically, Epic managed to obtain the following ratings, in the individual categories and subcategories during the latest evaluation.

Coverage - 470/500 points, as follows:
•    Coverage Quality - 62/75 points: These are comparative key performance indicators (KPIs) that measure the quality of 4G and 5G broadband services in urban, semi-urban and other areas.

•    Coverage Reach - 145/150 points: These are comparative key performance indicators (KPIs) that measure the range of 4G and 5G broadband services in urban, semi-urban and other areas.

•    Time on Broadband - 263/275 points: The category records the experience of the end user who has a 4G or 5G device and plan and measures the good individual performance of the broadband services through the user’s time spent on the 4G and 5G networks.

•    Speeds supporting HD (speeds from 5 Mbps and higher) – 95/101 points: The category measures the frequency with which users achieve speeds that support popular services that require 5 Mbps or more.

•    Speeds supporting UHD Video (speeds from 20 Mbps and higher) – 31/34 points: The category measures the frequency with which users achieve speeds that support popular services that require 20 Mbps or more.

•    OTT Voice Class (necessary latency 100 ms or less) – 106/110 points: The category measures good individual performance in the use of over-the-top voice services, such as voice calls via Skype, WhatsApp and Viber.

Referring to the new recognition by umlaut, the CTIO of Epic, Yiannis Michaelides, stated: "Our firm commitment to offer subscribers the most reliable communication experience keeps us at the top. The continuous recognitions of our network, are the result of a comprehensive plan that aims to substantially and practically upgrade the daily life of our customers. In recent years, Epic has invested millions of euros in equipment, frequency bands and infrastructure, both on mobile and fixed broadband, focusing on next-generation upgrades that change our lives for the better. These are essentially unique infrastructure projects for the Cypriot telecommunications market, which are implemented quickly, proving a new dynamic culture of flexibility and determination within the organization.

The latest evaluation from umlaut, based on the new methodology that umlaut started using in 2021 in all the countries in which it operates, makes us very happy as it recognizes the continuous improvements to our network and the services we offer and justifies our strategy. Also, these continuous evaluations are for us another motivation for our tireless and unceasing effort to improve.

An excellent example is Epic 5G, which we recently launched and which is expanding at a very fast pace to soon cover most of the population, along with a wide range of supported mobile devices. Built on the award-winning 4G network, Epic's new 5G network offers subscribers an even more upgraded experience, with unimaginable internet speeds. Connectivity with 5G technology provides unlimited possibilities for development in all areas of everyday life, with access to a wide range of services and opportunities for all."

You can learn more about Epic network’s latest award at www.umlaut.com/en/benchmarking/cyprus