Rising gas and electricity prices are rapidly climbing up the EU’s political agenda, an issue the bloc itself has few tools to control, given that energy policy remains largely in the hands of national governments. The crisis hijacked a meeting of member states on the bloc’s transition to a green economy on yesterday and is now likely to be added to the priority list when leaders assemble in Brussels for a summit on Oct. 21-22. Even the U.S. has weighed in on the topic, saying that partners had to be prepared to stand up when there are energy-producing nations who may be “manipulating” supply to benefit themselves (a thinly-veiled reference to Russia). The U.K., too, is suffering — with 1.5 million households being forced to switch suppliers after two more retailers collapsed. One thing’s for sure though, the crisis risks turning attention away from the bloc’s landmark green policies with just a few weeks to go until crucial UN climate talks in Glasgow. - John Ainger

Carbon Hedging | Greece is proposing an EU-funded mechanism to limit the impact of soaring energy costs on consumers and companies, which could add up to 100 billion euros this winter. The Transitional Hedging Fund would raise money from sales of carbon emission permits, possibly through additional auctions or “an advance payment of expected future EU ETS revenues,” according to a document we’ve seen.

Climate Countdown | The EU’s proposals to strengthen its carbon market and promote a green transition in everything from cars to heavy industry will likely avoid drastic changes in the European Parliament, according to key lawmaker Pascal Canfin. Here’s his expected timeline for the landmark legislation.

Taxonomy Test | The EU is risking a “disastrous” mistake if it carves out a space for the building of new gas-fired power stations under its green rulebook. The facilities aren’t in line with ambitions to keep global warming to 1.5 degrees from pre-industrial levels, according to a damning letter to the bloc’s institutions signed by over 150 groups. It comes as government debt faces a “Minsky Moment” due to the climate crisis.

Dodging China | European carmarkers are seeking alternative sources of rare earth minerals needed for batteries to avoid relying on China, which is expected to put much of its production to use domestically in the future. It’s also a political issue, with the U.S. and the EU moving to rein in the Asian superpower. Meanwhile, European businesses in China urged the country to steer away from what they see as an “inward” turn.

Full Charge | One phone charger to rule them all? The Commission’s Thierry Breton will today announce a proposal for a universal phone charger as part of an EU aim to reduce electronic waste. The move is likely to irritate Apple which has dodged other phone makers' moves in favor of its own so-called lightning charging cables.

New Sheriff | EU countries picked Verena Ross as the new head of the bloc’s markets regulator, ESMA, naming a key player in the wider overhaul of its financial system. Because of a political standoff between governments, the regulator has been without a chair since Steven Maijoor’s mandate came to an end in March.

Pardon My French | Riffing on a dose of Franglais, U.K. Prime Minister Boris Johnson told France it’s time to get over its anger about being brushed aside as the U.S. and Britain cut a deal to supply Australia with nuclear submarines. He might himself still be feeling a little sore after Joe Biden’s lukewarm response to a possible trade deal.

French Slapdown | For its part, France slapped down a report in the Daily Telegraph that the country’s seat on the UN Security Council could be put “at the disposal of the European Union” if its governments back President Emmanuel Macron’s plans for an EU army. It called the newspaper an “English tabloid.”

QE Boost | The ECB will discuss boosting its regular asset purchases once the pandemic-era emergency stimulus comes to an end, Governing Council member Madis Muller said in an interview with Bloomberg. His remarks point to the potentially contentious debate amid worries that  removing stimulus would hit heavily indebted countries not yet ready to function.

Brief Budget | Macron’s final French budget before elections in April omitted details on signature programs for long-term investment and supporting jobless youth, as his government sought instead to underscore his record on cutting taxes and reducing the deficit. Here’s some of the things it does contain.

Right Turn | A defeat for Germany’s conservatives at weekend elections would be a blow for the center-right European People’s Party, Austrian Chancellor Sebastian Kurz told Bloomberg TV. He also lobbied for a return to fiscal discipline in the EU, rejecting the idea of joint debt. 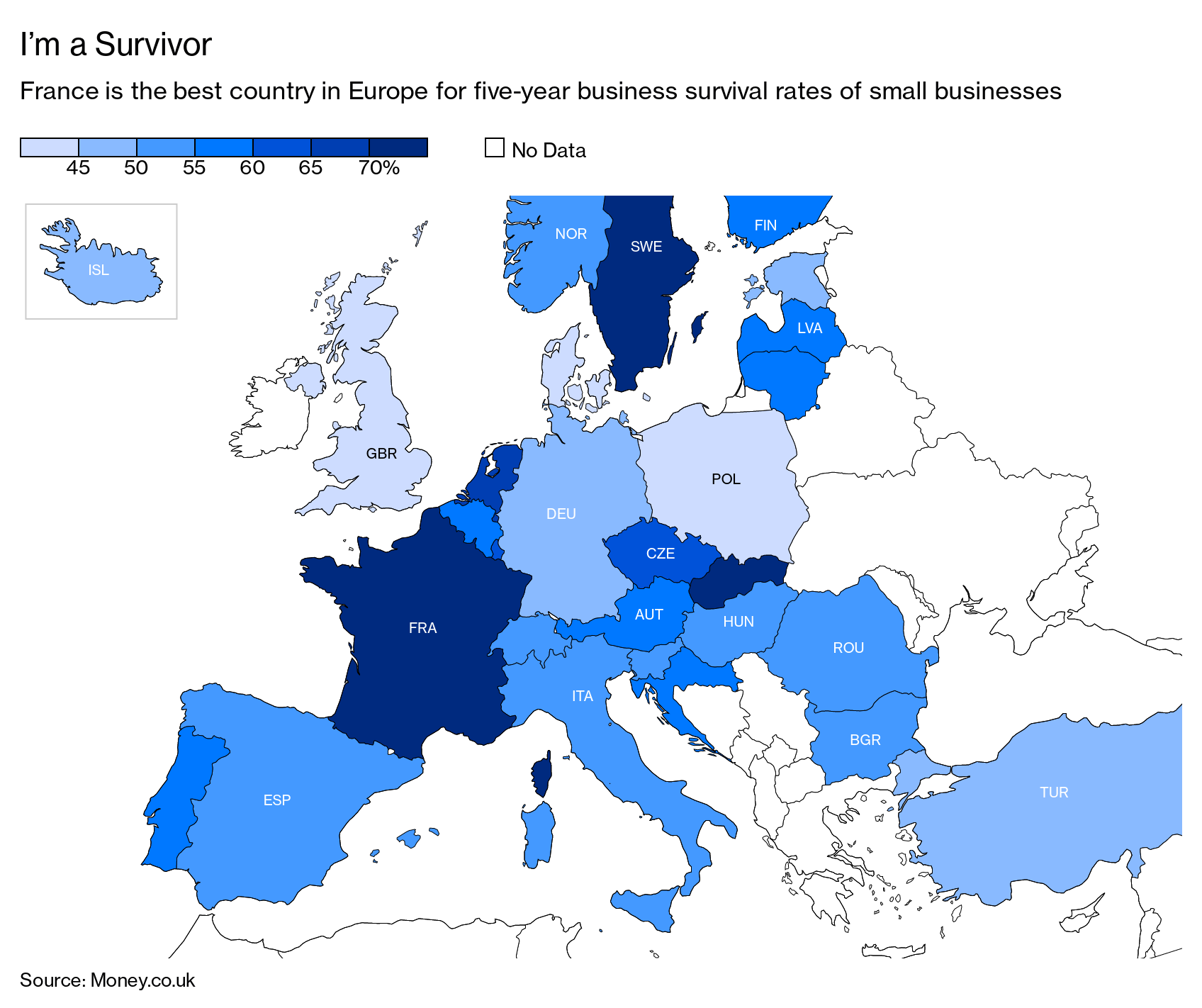 Despite its reputation for bureaucracy and inflexible labor laws, France is one of the European countries where newly founded businesses fare best, according to a moneypark.co.uk analysis. Along with Sweden and Slovakia, 70% of small firms in that country are still in business after five years, the report showed. Looking at Eurostat data from 2013 to 2018, it found that Denmark and the U.K. were the places where firms were most likely to founder.

They signed the end to the energy isolation of Cyprus 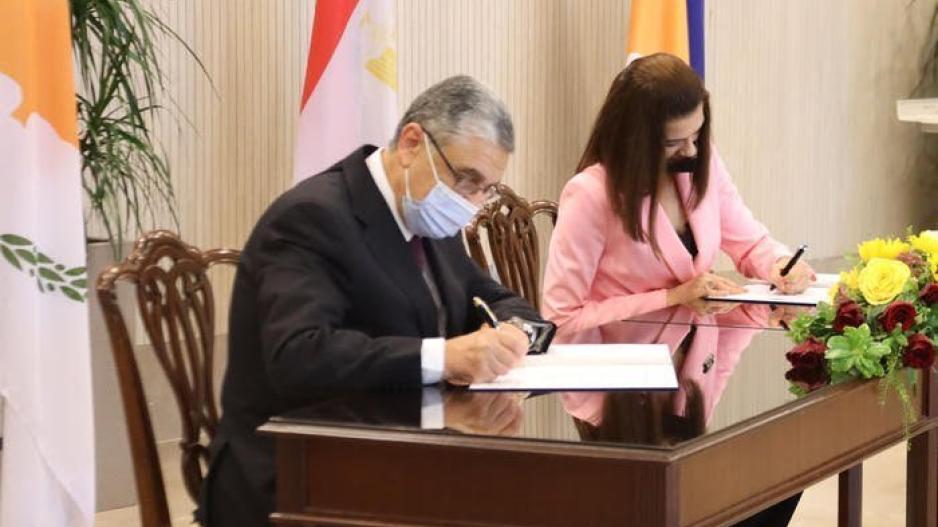 Joint Statement of the Ministers of Energy, Commerce and Industry of the Republic of Cyprus and Electricity and Renewable Energy of the Arab Republic of Egypt on the occasion of the signing of the Memorandum of Understanding on Cooperation in relation to Electricity Cross-Border Interconnection between Cyprus and Egypt Transmission Networks

The Minister of Energy, Commerce and Industry of the Republic of Cyprus, Ms Natasa Pilides, and the Minister of Electricity and Renewable Energy of the Arab Republic of Egypt, Dr Mohamed Shaker El - Markabi, met today, Saturday October 16th 2021, and signed a Memorandum of Understanding (MoU) on cooperation in relation to Electricity Cross-Border Interconnection between Cyprus and Egypt Transmission Networks.

The two Ministries, in recognising that the cross-border Electricity Interconnection of the transmissions networks of the two countries represents an important component of the ongoing strong relations and strategic cooperation between them, view this Interconnection as a major step forward for providing the necessary synergies that will facilitate the integration of additional renewable energy sources in their respective electricity and primary energy supply mixes.

In this context, the Ministers agree to establish a general framework of cooperation to enable the planning, permitting, development and implementation of the Electricity Interconnection. Inter alia, such cooperation will involve facilitating the timely granting of permits and approvals, both for carrying out all necessary studies on the technical and economic levels and for implementation of the interconnection, the discussions and coordination between Regulatory Authorities and Electricity Transmission System Operators and coordination of appropriate measures to ensure the safety and security of the Electricity Interconnection.
To review and monitor the implementation of the MoU, regular meetings will be held by the Ministers or their representatives.