Euro-area inflation is poised to set another record when details are published this morning, with economists predicting an 8.5% annual rate for June that will prime the European Central Bank for its first interest-rate increase in more than a decade. The lofty number will follow a series of mixed national figures from around the region. Spain reported an eye-watering 10% — the first double-digit reading in a major euro economy. By contrast, Germany’s 8.2% rate and 6.5% in France were in line with or below what economists expected. ECB officials will crunch the data as they debate whether their July 21 decision will be for a quarter-point hike or something even bigger.

Gas Worries | Securing Germany’s gas supply for the winter will be a “tight calculation,” Economy Minister Robert Habeck warned, adding that gas is still flowing into storage sites because the government is willing to pay high prices. Storage facilities are about 60% full, and need to reach above 90% for the winter heating season, said Habeck.

Gas Threat | The ECB plans to ask the region’s lenders to factor in the economic hit of a potential end to Russian gas supplies when considering payouts to shareholders. “We will propose to ask banks to recalculate their capital trajectories under a more adverse scenario including also potentially a gas embargo or a recession,” said Andrea Enria, who heads the central bank’s supervisory board.

Joint Debt | The EU should seek more resources to face the fallout from Russia’s invasion of Ukraine and a host of growing domestic emergencies and global crises, according to Janez Lenarcic, commissioner for crisis management. Options include a new joint borrowing scheme, similar to the bloc’s response to the Covid-19 pandemic, or setting up a trust fund.

Lower Burden | The EU should also urgently cut fuel taxes, taking its cue from a US plan unveiled by President Joe Biden last week, according to the European People’s Party. The bloc should provide some direct relief to citizens through a similar “holiday on fuel taxes” within the existing EU taxation framework, EPP Chairman Manfred Weber wrote to Economy Commissioner Paolo Gentiloni.

Parliament Power | The leftist alliance opposed to President Emmanuel Macron’s economic agenda will chair the influential finance committee in the French parliament after Eric Coquerel was chosen to head the panel yesterday. The committee can request access to documents that are normally off limits, and hamstring the legislature with inquiries.

Gas Setback | As host of the G-7 this week, German Chancellor Olaf Scholz pushed his counterparts to agree on a deal that opens the door for new gas investments, disappointing his own climate envoy, Jennifer Morgan. “It’s not what I would have hoped to have seen the G-7 do,” Morgan told us after leaders effectively weakened a commitment just last month to end such financing by the end of this year.

Carbon Fix | The EU suggested changes to its 20 billion-euro plan to finance a shift away from Russian fossil fuels, seeking to alleviate member states’ concerns over the way funds from a carbon market-based tool will be distributed. France yesterday proposed a new method of assigning to countries revenues from extra sales of emissions permits, after a group of governments strongly opposed the original allocation key used in a post-pandemic recovery fund.

Crypto Rules | The EU reached a provisional agreement late yesterday on its landmark Markets in Cryptoassets (MiCA) directive, bringing years of debate on how to regulate the digital-asset industry to an informal close. The key legislation will regulate the crypto sector with common rules across all 27 member states, marking the first time globally that lawmakers have attempted to supervise the sector on such a scale.

Tax Hopes | French Finance Minister Bruno Le Maire said the EU can deliver the global minimum corporate tax with or without the support of Hungary, circumventing Budapest’s veto earlier this month just as the bloc was on the brink of a agreement. “Europe can no longer be held hostage by the ill will of some of its members,” Le Maire said.

New Zealand Deal | The EU and New Zealand yesterday sealed a trade deal that was four years in the making, eliminating tariffs for a wide range of products including wine and chocolate. Bilateral trade may increase by 30%, or 4.5 billion euros, per year, Commission Vice President Valdis Dombrovskis said. 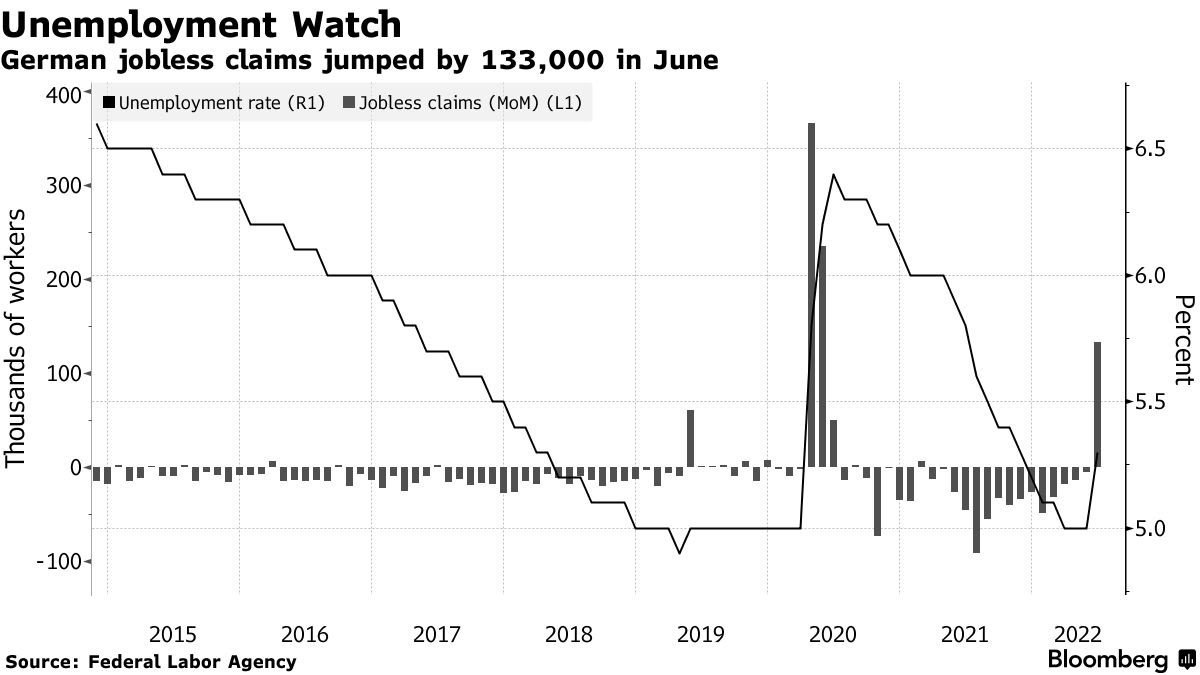 German unemployment unexpectedly rose in June, snapping 15 straight months of declines. The number of people out of work jumped by 133,000, lifting the jobless rate to 5.3% — the highest since November. Economists had estimated a drop of 5,000. “These increases are due to the fact that Ukrainian refugees are now being recorded in the job centers and are therefore visible in the labor-market statistics,” Federal Labor Agency chief Detlef Scheele said. 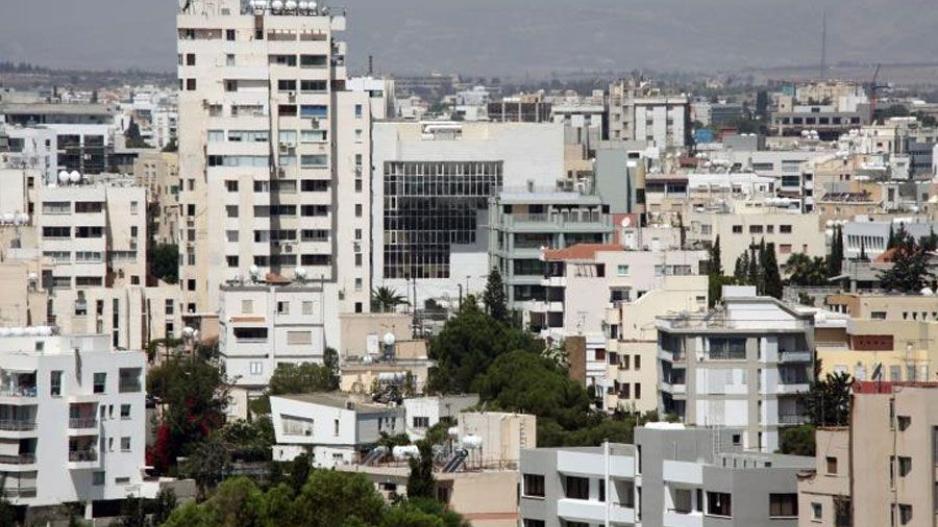 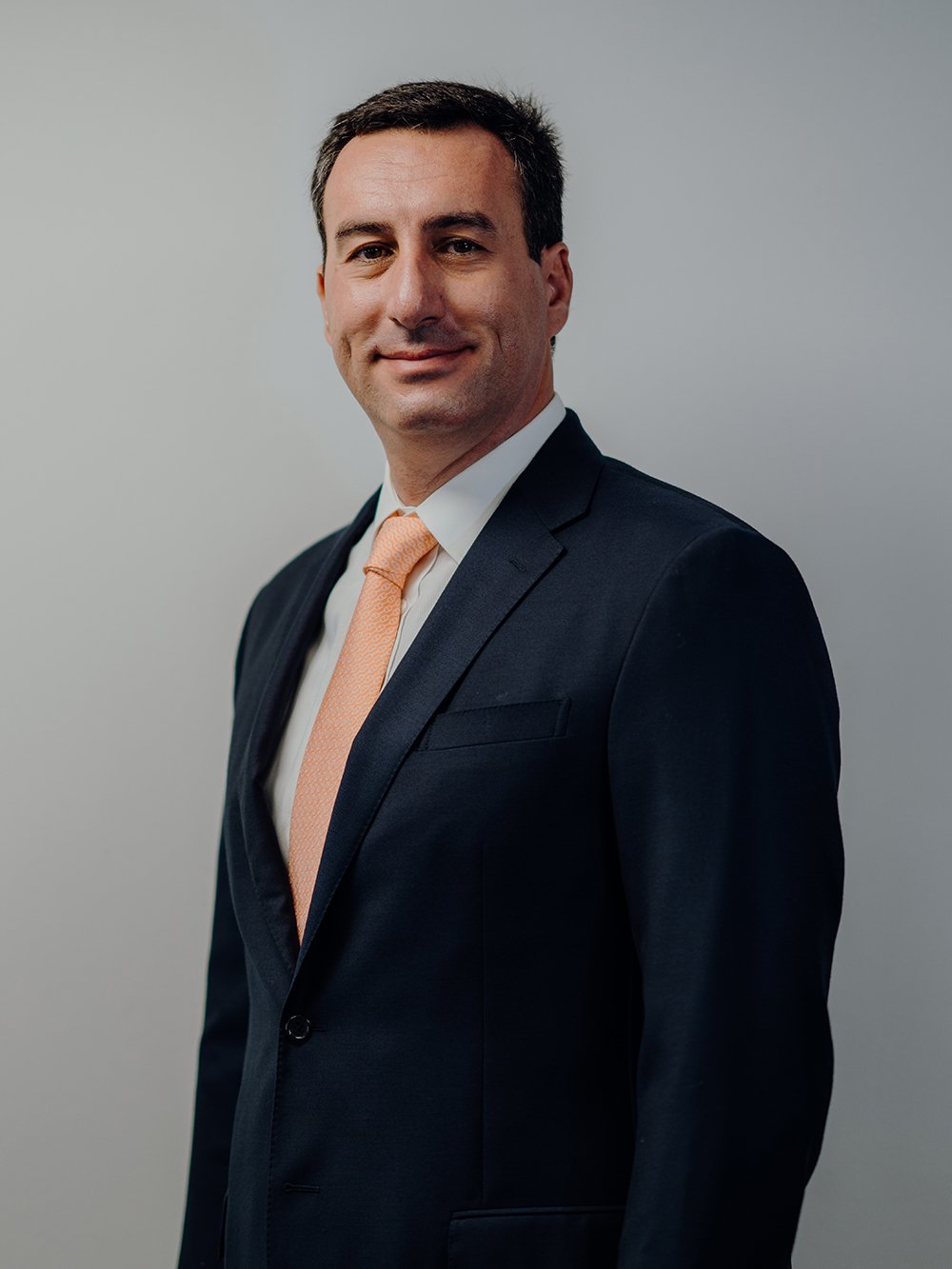