The total number of positive cases in Cyprus since the start of the pandemic rose to 10,231 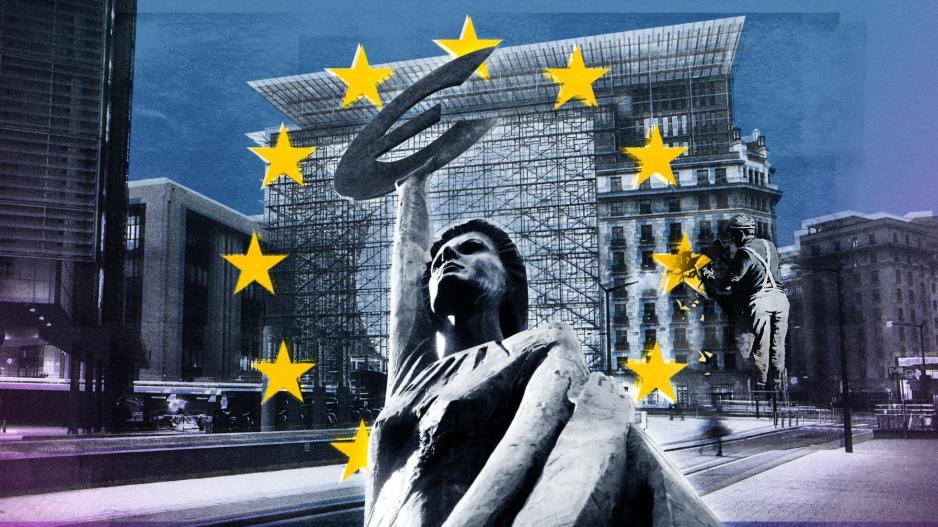 EU foreign ministers will do plenty of jawboning today, but take no concrete action when they address Russia’s controversial jailing of opposition leader Alexey Navalny. While the bloc is armed with a new, streamlined tool for blacklisting foreign officials over human-rights violations, such sanctions still require the unanimous support of the EU’s 27 national governments and Germany opposes any hasty moves. The result: after protests swept Russia over the weekend, the in-person ministerial meeting in Brussels will amount to a political temperature-taking exercise and it’ll likely be left to EU leaders in March to weigh asset freezes and travel bans against authorities implicated in Navalny’s detention. It took the EU two months until mid-October last year to blacklist six allies of Russian President Vladimir Putin over the attempted murder of Navalny with a military-grade nerve agent. - Jonathan Stearns and Nikos Chrysoloras

Turkish Thaw | The EU threat to blacklist more Turkish officials over energy exploration in the eastern Mediterranean is technically still alive, but momentum for sanctions with real teeth is fading fast thanks to a Turkish charm offensive. With talks between Greece and Turkey over maritime claims set to begin today, foreign ministers are unlikely to agree to additional punitive measures.

U.K. Distance | While aspiring EU member Turkey rebuilds bridges to the bloc, the just-departed U.K. is dismantling them. Also on the EU foreign ministers’ agenda today is a British government decision to deny the EU ambassador in London full diplomatic status — a move that perplexed and irked Brussels. Ministers will also seek to coordinate on foreign policy cooperation with the U.K. after Britain's refusal of a formal deal or forum in this area.

Green Diplomacy | Foreign ministers will also vow to embed the EU’s commitment to climate neutrality into the bloc’s foreign, security and defense policy, according to a draft of their communique we’ve seen. “EU energy diplomacy will discourage all further investments into fossil fuel based energy infrastructure projects in third countries,” ministers will say, even as Germany pushes ahead with building its own gas pipeline with Russia.

Travel Curbs | The European Commission will today discuss with national government representatives the potential introduction of additional travel curbs amid more alarming news about the pace of vaccine deliveries and virus mutations. Here in Belgium, we’ll be banned from traveling without a compelling reason as of this week, while new and stricter lockdowns are being introduced in the rest of the continent. Get the latest on the virus here.

Conte's Fight | Italian Prime Minister Giuseppe Conte is doing everything he can to wrangle Senate support ahead of a crucial vote this week, with the future of his government at stake. Our dispatch from Rome.

Good Debt | The EU, set to become one of the largest issuers of green and sustainable bonds, will sell debt for the first time in 2021 off the back of record-breaking demand last year. The bloc will likely issue 14 billion euros of seven-year and 30-year social bonds for a job support program in the coming week. That’s just a taster for investors, John Ainger reports.

Portuguese Vote | Portuguese President Marcelo Rebelo de Sousa took 61% of the vote and won re-election to a second five-year term on Sunday, a sign of political stability as the country tries to contain the coronavirus. Portugal on Saturday reported a record daily increase in infections and the government said on Sunday that Defense Minister Joao Cravinho is the latest member of cabinet to test positive for Covid-19.

Estonian Equality | Women will make up almost half of Estonia’s new government, according to the likely new prime minister, continuing a push for greater female representation across the Nordic and Baltic regions.

Clean Energy | Renewables are for the first time the dominant power source in Europe’s electric grid. In a year that saw pandemic restrictions sap energy demand across the continent, the drop in supply came mostly from more expensive power from fossil fuels. That helped green sources take the biggest share of the EU’s generation.

Irish Border | The 500-kilometer Irish frontier is a focus of increasingly heated debates over combatting the pandemic. Rather than wrangling over trade, movement of people and political identity, the vastly different pace of vaccine rollouts is capturing the tension within the EU over its comparatively slow approval of the shots. Here's a tale of two vaccine regimes. 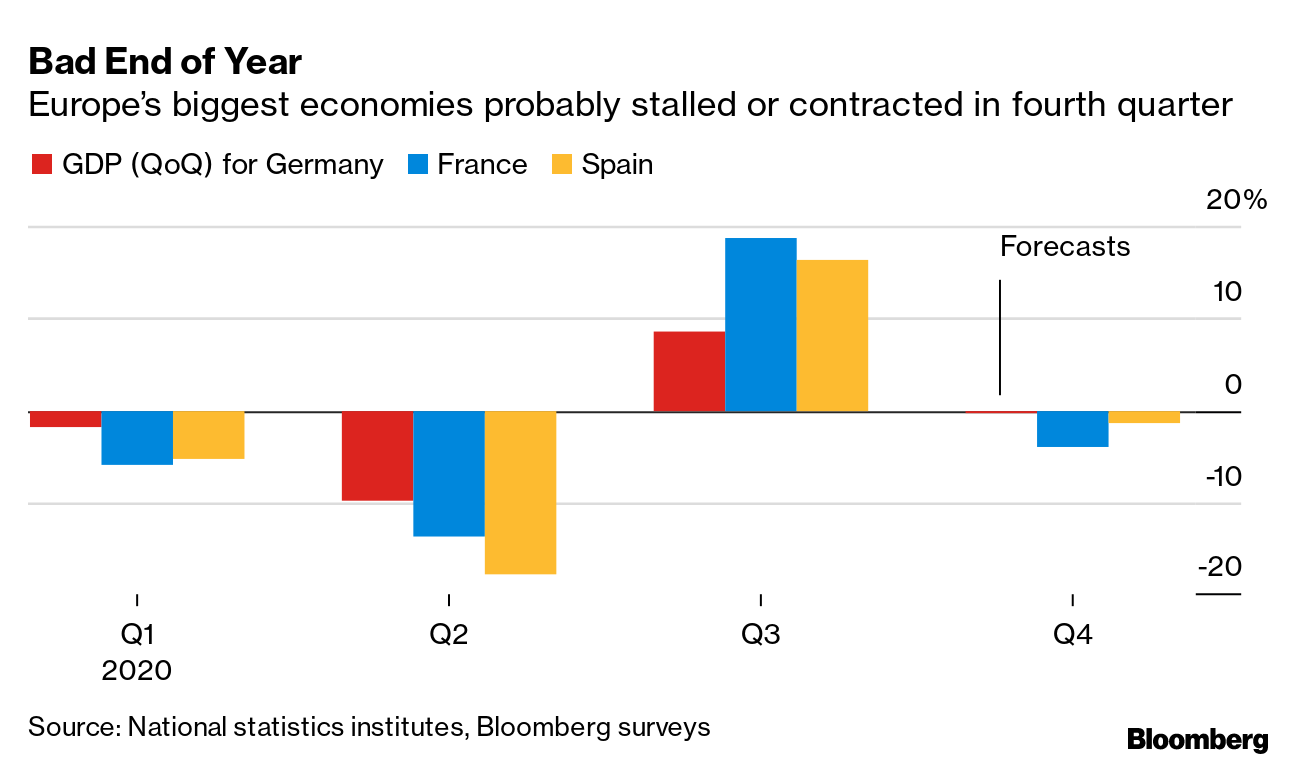 France and Spain will probably confirm on Friday that the resurgent pandemic and lockdowns tipped their economies into contractions at the end of 2020. Germany might have fared a little better, after a preview earlier this month suggested it stagnated in the three months through December. Figures for Italy and the euro area as a whole will show whether the bloc is on the verge of its second recession in a year.