Brussels Edition: It may get so much worse 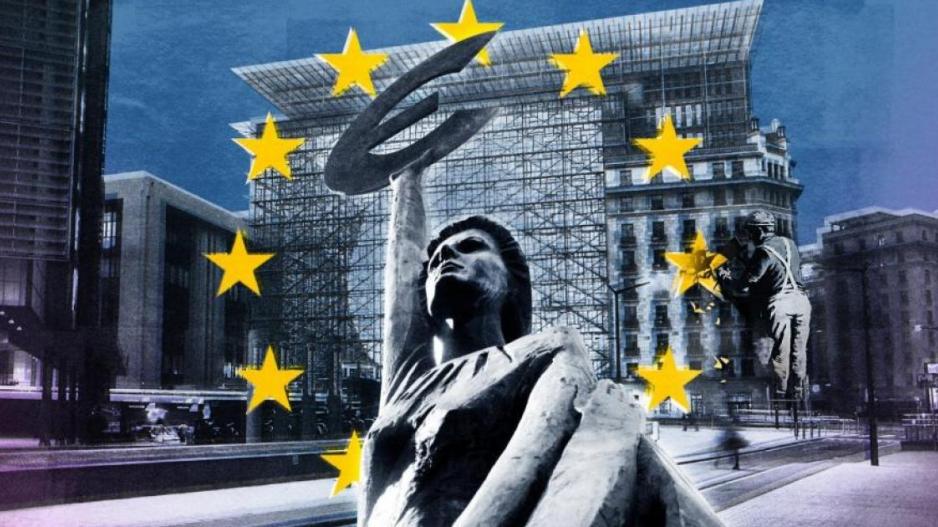 If there’s one key takeaway from last night’s video summit is that things will probably get worse before they get better. European leaders painted a grim picture of the unfolding pandemic disaster, warning that mutated strains of the coronavirus will keep the continent in longer and potentially stricter lockdowns, without a clear timeline for the lifting of the recession-inducing restrictions. Next week, the Commission will present proposals for further curbs on what’s left of leisure and business travel, while inoculations won’t pick up pace for real until more vaccines are approved. Meanwhile, European Central Bank President Christine Lagarde signaled that the euro-zone is headed for a double-dip recession, and the continent’s bond markets are starting to worry. Those wondering when this nightmare is going to end will have to wait longer for an answer.

What’s Happening
China Deal | The Commission will today publish the text of the draft EU agreement with China aimed at further opening its growing market to European investors and curbing distortive Chinese industrial policies. The deal, struck in late December after seven years of negotiations, will have to weather European Parliament rumblings about alleged Chinese human-rights violations to come into effect as planned sometime in 2022.

Turkish Tension | Turkish Foreign Minister Mevlut Cavusoglu is in town for a second day of meetings with EU officials, touching on issues from migration to updating the EU-Turkey customs union and waiving visa restrictions for Turkish citizens. The visit comes ahead of crunch negotiations with Greece on Monday aimed at diffusing tensions in the Mediterranean. Signs aren’t overly hopeful, though, as the two sides can’t even agree on the agenda.

Balkan Politics | The coronavirus exposed divisions in the Balkans, and now efforts to get people vaccinated are cleaving along ethnic and geopolitical lines in Europe’s most volatile region. The risk is that the pandemic sets back efforts to heal lingering border disputes and the region drifts further away from the EU’s orbit as Russia and China extend their reach, our correspondents report.

Week Ahead | A meeting of EU foreign ministers on Monday to discuss post-Trump transatlantic relations and climate diplomacy will be the main item on the agenda of what should otherwise be a quiet week. Even though additional sanctions against Russia aren’t officially being discussed, several ministers are expected to make a push following the arrest of opposition leader Alexey Navalny.

In Case You Missed It
Silvio’s Votes |  Silvio Berlusconi’s party is concerned it will lose senators to a recruitment drive by Italian Prime Minister Giuseppe Conte, who’s courting the group in a bid to salvage his coalition. The premier is trying to stabilize his governing coalition so that he can focus on fighting the pandemic and reviving the economy. Another vote looms next week.

Diplomatic Row | Boris Johnson’s decision not to grant full diplomatic status to the EU’s ambassador in London triggered a row that threatens to undermine relations with the bloc, weeks after both sides signed a trade agreement to conclude the Brexit process. Here's what all the fuss is about.

Right to Disconnect | Working from home has kept colleagues from spreading the coronavirus in the office but, in many cases, it’s also meant longer hours toiling away at a computer or on Zoom calls. The European Parliament wants to change that. Employees in Europe should have legal rights to switch off from electronic communication outside of office hours without facing consequences, EU lawmakers said.

Double Whammy | More than half of businesses moving goods from the EU to the U.K. have experienced delays since Jan. 1 due to Brexit red tape and virus restrictions, according to a survey. The issues are likely to get worse before they get better because freight volumes so far have been low.

Giant Turbines | The developer of Europe’s biggest onshore wind park in Sweden has its eyes on a new milestone in renewable energy. Svevind is working to increase the approved height of wind turbines by a third to 300 meters, or almost as tall as the Eiffel Tower, highlighting how even the most mature renewable energy technology is still developing.

Chancellor Angela Merkel promised widespread availability of coronavirus vaccines by late September, shortly before voters elect her successor. Merkel said Germany will be very cautious about easing pandemic restrictions to guard against a renewed spike from fast-spreading strains like in Britain and Ireland.