The ceremony for the signing of the Interstate Agreement for the construction of the EastMed pipeline between Cyprus, Greece, and Israel took place today in Athens, Greece, in the presence of the President of the Republic Mr. Nicos Anastasiades, the Prime Minister of Greece Mr. Kyriacos Matsakis and the Prime Minister of Israel Mr. Benjamin Netanyahu.

The ceremony took place in the afternoon at the Zappeion Conference and Exhibition Hall and the agreement was signed by the competent ministers of the three countries.

Before the ceremony, the President of the Republic had a private meeting with the Prime Minister of Israel at the Zappeion Megaron, whereas, in the morning, today, President Anastasiades met with Mr. Mitsotakis at the office of the Greek Prime Minister.

Following the meeting between President Anastasiades and Prime Minister Netanyahu, there was a tripartite meeting among the leaders of the three countries.

The ceremony for the signing of the EastMed Agreement followed.

In remarks to the media, following the signing ceremony, the President of Cyprus and the Prime Ministers of Greece and Israel, characterized today's agreement as historic.

In his remarks, President Anastasiades said, among other things, that "projects such as the EastMed include an enormous collective benefit both for our countries as well as for the broader region, whereas its implementation will contribute concretely to the security of the supply of energy to the European Union.

The cooperations we have developed are not directed against any third country. To the contrary, any country that wishes to participate is welcomed, provided, of course, that it adopts the basic principles of international law, with full respect for the exercise of the sovereign rights and the territorial integrity of independent states."

He also said that "I don't have any doubt that the joint decision will be implemented so that in addition to the above project, we proceed with the Israel-Cyprus-Greece electricity connection  through a submarine cable, known also as EuroAsiaInterconnector, a project which also enjoys the concrete support of the European Union."

On his part, Mr. Mitsotakis, said, among other things, that "the agreement of Zappeion for the EastMed has an economic, a developmental, a diplomatic, but also a geostrategic dimension. One of the largest natural gas pipelines in the world will have obvious positive consequences for the participating countries in its program. It also constitutes, however, a contribution to peace and to geopolitical stability. Because it demonstrates the concrete intention of our states to address energy as a bond of cooperation among the people, and not as a reason for disagreements and conflicts."

Prime Minister Netanyahu, on his part, stated, among other things, that today's meeting is the seventh tripartite meeting in a row among Cyprus, Greece, and Israel, noting, nevertheless, that this one is historic since what is happening today strengthens further the cooperation of the three countries.

Pafilia: Leading the real estate industry at the KEBE awards 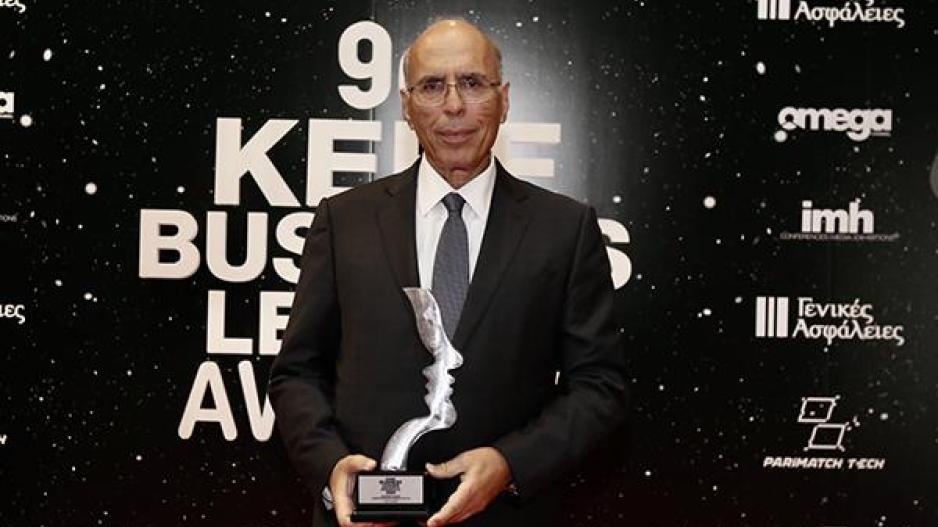 IMH and the Cyprus Chamber of Commerce and Industry each year organize the KEBE Business Leader Awards.

This year we are very proud to announce that Pafilia‘s Managing Director was awarded Business Leader for the Construction, Property and Real Estate Sector. The award ceremony, which was held last week, is attended by some of the most successful business men and women in the country as well as the President of Cyprus, Mr Nicos Anastastiades.

The goal of the awards is to highlight leading Cypriot entrepreneurs who have developed their business and contributed to the Cypriot economy and who, among other things, have created best practices and innovative strategies, conducting their business with integrity and ethics. These leaders have the respect of employees, of their competitors as well as the wider business community and in conclusion, principles that defines a successful leader: strength, innovation, insight and knowledge.

Mr Eliades commented “It is a great honor to receive this award and be highlighted for our work. Pafilia was founded in 1977 and through our unified and focused strategy, we continually engage in initiatives that enrich and strengthen the environment and the long-term sustainability of the communities we touch. To do this we employ the best and we collaborate with the best to create a working environment which is both innovative, creative and passionate”.