Israel and Cyprus celebrate 60 years of diplomatic relations. To celebrate this occasion and in view of the challenging times, I was particularly happy to present to the President of Cyprus, Nicos Anastasiades, a work of art symbolizing the hope of Israelis and Cypriots for Health, Prosperity and Peace. I am looking forward to meet many friends throughout Cyprus in order to celebrate together. To celebrate our shared history and more importantly to build the foundations for an even stronger bond for our common future.

Our two countries are bound by geography, friendship and democratic values. Historically, dating back thousands of years, there were important connections between the Jewish people and the island of Cyprus. In more recent times, between 1946 and 1948, Cypriots opened their hearts and helped Jews who survived the Holocaust in Europe and were deported to British colonist detention camps on the island. This was their last stop before they were allowed to continue their journey to join the national efforts to defend and build the state of Israel. This created an “alliance of the hearts” between the two nations.

Shortly after the independence of the Republic of Cyprus in 1960, Israel recognized Cyprus, diplomatic relations were established and Israel inaugurated its embassy in Nicosia. These relations were significantly upgraded in recent years. Israel and Cyprus built significant bilateral ties – an important strategic and economic partnership with tangible results.

In these challenging times, facing the Coronavirus pandemic, an important cooperation exists between our health professionals on finding medical solutions for COVID-19. There are also intensive exchanges to develop scientific and technological tools to enable life and economic activity to continue. In addition, Israel and Cyprus jointly collaborate on preparedness for other emergencies – such as firefighting or search and rescue operations. The direct open line between Cypriot and Israeli doctors has often helped save lives, such as the recent example of an urgent evacuation of a Syrian refugee baby needed for a live-saving heart surgery.

In the economic field, there are very significant opportunities for growing synergies between Israel and Cyprus. The significant quantities of natural gas found in the exclusive economic zones of Israel and Cyprus, as well as the potential for further finds, create an important basis for collaboration. We also attach growing importance to the development of renewable energy resources and energy efficiency. Joint projects in coming years will focus on solar and wind energy production, on Cleantech and on finding technological innovations to protect the environment and fight climate change.

More and more, we focus our efforts to bring Israel and Cyprus closed together in the fields of innovation and entrepreneurship. Building this link between our two countries can significantly contribute to our scientific institutes, to our economies and to create together new ideas, which will transform the lives of people. Beyond the official agreements, we cherish especially the joint training programs on startups and social entrepreneurship. Almost 40 Cypriots already participated in these trainings, which took place in Israel. We look forward to continue developing joint learning opportunities for young Israelis and Cypriots. This will greatly contribute to Research and Development and will bring together the people behind the Israeli and Cypriot High-tech Ecosystems.

Tourism and travel also brought our two countries and people together in recent years. Just last year, in 2019, hundreds of thousands of Israelis enjoyed hotels, taverns and beautiful beaches throughout Cyprus, while tens of thousands of Cypriots enjoyed the beauty of Israel. Israelis and Cypriots, brought together by a cultural affinity, found new friendships. This year, we are facing a complex reality, which affects many people and businesses. Just the same, we continue our efforts to renew flights and tourism, while giving priority to health and safety. Our hope is that soon Israelis and Cypriots will be able to easily and quickly cross again the short geographical distance between the two countries.

The bilateral relations were complemented in recent years by the trilateral with Greece and an important cooperation with the United States. Especially important are the growing ties with like-minded Arab countries, such as our peace partners Egypt and Jordan, and with the United Arab Emirates and Bahrain, which recently established diplomatic relations with Israel. This historic development provides an opportunity also for Israel and Cyprus to further develop wider regional cooperation.
While we celebrate the 60th anniversary of our diplomatic relations, our common journey is still at an early stage.  We face many joint challenges - such as in the fields of health, water, climate change, environment protection and more – buy working together is our biggest opportunity. As two neighboring countries, connected by the Mediterranean Sea, Israel and Cyprus are strong and natural partners. A partnership based on our history and on a shared vision for stability, security, prosperity and peace. Together we can turn the challenges into new opportunities that will inspire the future generation. 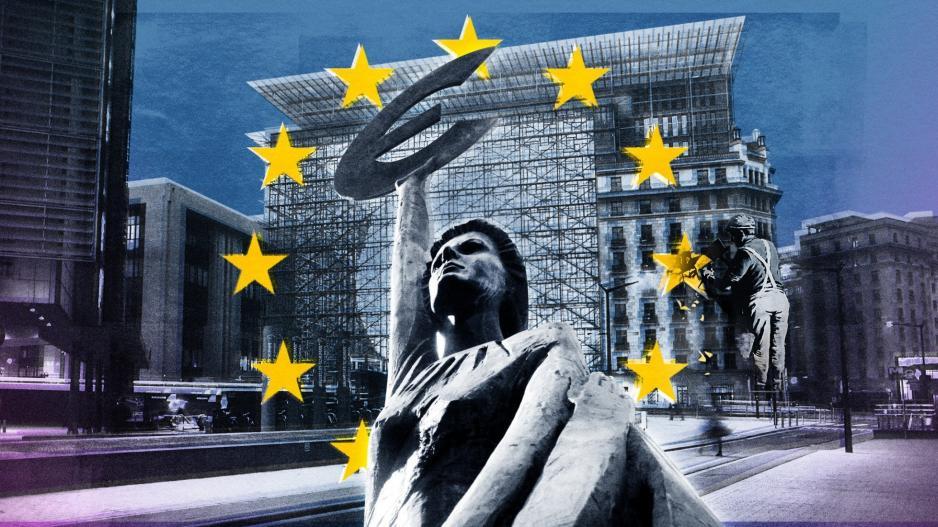 Big strategic choices are piling up for the EU in the run-up to next month's summit. Envoys in Brussels will today discuss an early draft of the leaders' communique, which has a strong focus on climate. Despite Poland's  reservations, the text commits the EU to slashing greenhouse gas emissions by at least 55% by 2030 compared to 1990. The discussion may indicate whether the unanimity needed for such a transformative  target is achievable. The draft statement we've seen doesn't yet include language on Turkey, which a growing number of EU voices want to sanction over tensions with Cyprus and Greece. And there's still no post-Brexit trade deal, for which the Dec. 10-11 summit constitutes an effective deadline; nor a final accord on the EU's budget and stimulus plan. There are clearly many moving parts over the next couple of weeks.

What’s Happening
Medicines Push | The European Commission will today present a "pharmaceutical strategy for Europe" that'll tackle issues ranging from the development of new medicines to the availability of generic drugs. With detailed action including new legislation due later, the pandemic will keep the spotlight on the challenge of reducing the EU's dependence on foreign suppliers of some key medicines and ingredients.

Gender Goals | The Commission will also outline increased efforts to promote gender equality outside the EU through foreign-policy tools ranging from diplomacy and training to aid and trade. The third such five-year "action plan" aims to help meet an existing goal for 85% of new EU external projects and actions to contribute to empowering women.

Best Places | As Covid-19 has spread around the world, it’s challenged preconceptions about which places would best tackle the worst public health crisis in a generation. We crunched the numbers to determine the best places to be in the coronavirus era. Here’s the list.

European Democracy | With the quarrel over democratic standards threatening to derail the EU's budget and stimulus package, the Commission is set to unveil a "democracy action plan" next month. The draft we've seen promises more rules to regulate algorithms used in web searches, as well as legislation to increase transparency of political ads, and plans to publish ownership information about media outlets.

Pipeline Spat | Lots of things may change with Joe Biden at the White House, but U.S. opposition to Nord Stream 2 is likely to remain. The stalemate in the EU’s largest infrastructure project isn’t good news for one of Germany’s poorer regions.

Virus Update | German Chancellor Angela Merkel is proposing a further tightening of the country’s coronavirus restrictions, setting the stage for another tense round of discussions with the country’s 16 state leaders today. Meanwhile, French President Emmanuel Macron said he will gradually lift a nationwide lockdown from Saturday, and will aim for a lifting of most measures on Dec. 15. Here’s the latest.

In Case You Missed It
Gloomy Outlook | European executives are losing confidence in the outlook as new virus restrictions threaten to drag the economy into another slump. The gloomier take, reversing recent improvements, follows the rise in infections that’s forced governments to impose tighter curbs.

Social Demand | The EU’s third sale of social bonds was met with enthusiasm once again, with investors showing continued interest in securities designed to finance the bloc’s economic recovery. The sale will be a boost to a small but fast-growing market for social securities, and help meet demand from funds desperate to satisfy their ethical investment mandates.

Carbon Conundrum | The trade accord under negotiation between the U.K. and EU will probably exclude any explicit agreement on carbon trading, leaving it to authorities in London to decide on how to price pollution starting Jan. 1. This has left industry executives and power market traders guessing about what will be in place in just five weeks.

Cleaner Air | The decline in pollution in Europe due to stricter environmental regulations helped lower deaths caused by heart and lung disease, according to the European Environment Agency. Around 60,000 fewer people died prematurely due to fine particulate matter pollution in 2018 compared with 2009.

Jet Review | Europe’s aviation safety regulator kicked off the process of bringing Boeing Co.’s 737 Max back into service, in a major step toward the grounded jet’s global return. EU approval would mark a milestone in Boeing’s efforts to return the Max to service outside the U.S., and help build support for the aircraft worldwide. Years of budget splurges on wages and pensions haven’t significantly improved the lives of all Romanians. The lack of a clear investment strategy has led to major inequalities in the country, with tens of thousands living in poverty, especially in the north-east and the south-west. More than a decade after it joined the EU, the country still ranks last in terms of access to decent toilets.