Malta Tourism Authority (MTA) Chairman, Dr. Gavin Giulia was at the airport to welcome the first Cypriot visitors and to talk with the Cyprus Airways crew.

Cyprus Airways is continuing to pick up pace as the Summer begins in earnest, with a raft of destinations available from Cyprus that includes Malta. The airline will be flying the Malta route twice weekly, on Wednesdays and Sundays.

Cyprus Airways was awarded for its efforts to enrich local tourism during the last Cyprus Tourism Awards. In addition, Cyprus Airways has announced a zero-penalty fee for flight changes on basic fare tickets, according to fare rules.

Deputy Minister of Tourism, the Hon. Savvas Perdios was among the officials gathered at Larnaca Airport this afternoon to greet the inaugural Malta flight and he expressed warm words of welcome.

Minister Perdios said: “As travel continues a steady return, Cyprus is eager to welcome back visitors with more flight options and deals this summer. We are delighted to see Cyprus Airways explore new routes and to be at the forefront of the Cypriot travel recovery.”

George Mavrocostas COO of Cyprus Airways said: “We are delighted to be part of the tour-ism recovery in Cyprus and we look forward to welcoming many Maltese passengers with us on the route to Cyprus. Our two island nations are brought together by EU membership, a common Mediterranean culture and the need for efficient air services that help to support the economy. We look forward to being of service to Cyprus and Cypriot travellers as the tourism recovery gets underway with the EU’s digital COVID certificate designed to allow citizens to travel safely." 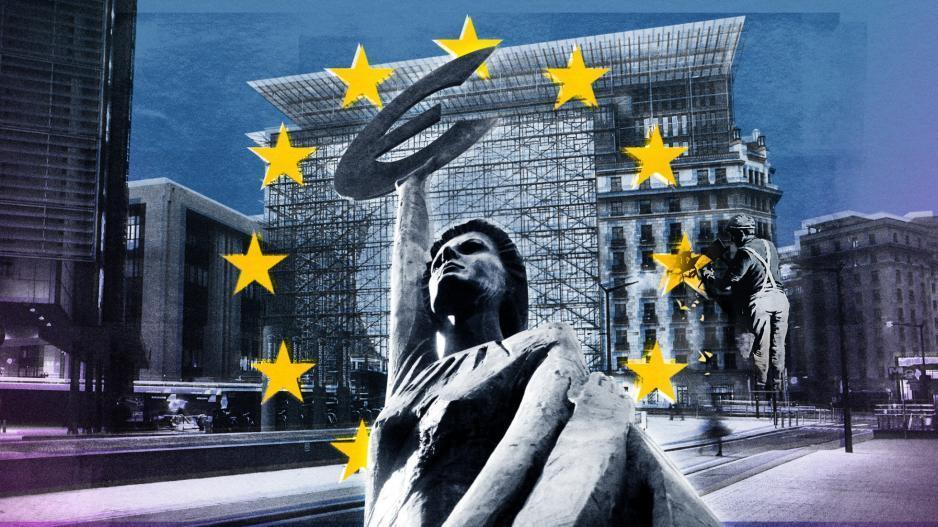 Diplomatic efforts to deter a Russian invasion of Ukraine are intensifying, yet markets continue to be rattled by the threat of conflict. Stocks had their worst day yesterday since June 2020 even as Washington and Brussels tried to present a unified front. Natural gas prices surged, spurred on by a Goldman Sachs warning that they could hit records if Russia curtails supplies to Europe for an “indefinite period.” In a bid to deter an attack on Ukraine, U.S. President Joe Biden held what he called a “very, very, very good meeting” with European leaders last night, after EU foreign policy chief Josep Borrell said the bloc is “well advanced in the preparation of responses to potential Russian aggression.” But with Kyiv and Moscow trading barbs over who is threatening whom, the U.S. put as many as 8,500 U.S. troops on heightened alert. German though held firm on  rejecting weapons exports to Ukraine, and in another disheartening sign, the U.S. and U.K. announced evacuations of diplomats' families from Kyiv. Read the latest news here.

Belarusian Hack | A group of Belarusian hackers that aims to overthrow President Alexander Lukashenko’s regime said yesterday that it had breached computers used by the country’s railway network and encrypted data stored on them in an effort to disrupt the movement of Russian troops into the country.

Brexit Briefing | European affairs ministers meeting in Brussels today will get an update on EU-U.K. relations, one day after Commission Vice President Maros Sefcovic met with U.K. Foreign Secretary Liz Truss and said the talks could lead to a “timely agreement.” The ministers are also expected to approve a new Covid-related framework to remove travel restrictions for the vaccinated.

“Plausible Hope” | Europe is entering a “new phase” of the Covid-19 pandemic, according to the regional director of the World Health Organization. Hans Kluge said omicron offers “plausible hope for stabilization and normalization,” but that it is “far too early to relax.” Germany, for one, said it’s keeping Covid restrictions in place for a while.

Climate Blow | As part of a new climate stress test, the European Central Bank is factoring in a 45% slump over a single year for property values in areas that are likely to experience bad flooding, we’re told ahead of the next week’s publication of the scenarios. That would leave German and Dutch banks among the most exposed.

Targeting Abuse | EU home affairs commissioner Ylva Johansson is going to San Francisco this week with a message for Facebook, Google, Apple and other big tech firms: Legislation compelling them to combat child sexual abuse content is coming. “Dialogue is not enough. We also need legislation, and we need to make it mandatory,” she tells us in an interview.

Green Warning | The Commission was chided by a key expert group that its planned adjustments to the green rulebook risk raising greenhouse gas emissions and undermining the bloc’s reputation as a bastion for environmentally friendly finance. The Platform on Sustainable Finance, one of just two groups assigned to provide feedback, said even the best performing gas-fired facilities couldn’t qualify as green or transition assets.

Tech Talk | EU regulators have concerns about the so-called internet of things after wrapping up a sweeping antitrust inquiry into voice assistants like Amazon.com’s Alexa and Apple’s Siri, digital chief Margrethe Vestager warned. She said new rules may be necessary, as the bloc reaches the final stages of discussing broader efforts to curb big tech’s power.

Payments Spat | A Dutch regulator fined Apple for failing to allow rival payment systems for dating-app providers. The fine is small — just 5 million euros every week with a total limit of 50 million euros — but it’s a sign regulators are hardening their resolve against the U.S. firm’s payment methods.

ESG Rules | Europe is imposing new requirements on how banks report environmental risks and carbon targets to give investors a better picture of the threats that climate change poses to the industry. The European Banking Authority’s new rules come after a review of its environmental, social and governance reports found “shortcomings” in the process.

Migration Surge | The EU saw almost 200,000 illegal crossings at its borders last year, a 57% rise from the previous year, the Integration Center for Migration Policy Development said, previewing a report to be released Thursday. The surge to pre-pandemic levels is partly driven by refugees fleeing the Taliban takeover of Afghanistan, along with social and economic turmoil from Covid in Africa and Asia.

Italy is slated to get the biggest chunk of money from the EU’s 750 billion-euro recovery fund — a tacit acknowledgment that, with a debt pile equal to 154% of gross domestic product, it’s too big to fail. The first 24 billion-euro tranche, disbursed last year, will seed new train lines, green energy initiatives and digital technologies. To keep money flowing, Italy will have to demonstrate progress in areas where the country lagged, such as conducting competitive bidding for big-ticket infrastructure projects. The country’s politicians will also have to deal with Mario Draghi’s likely switch from prime minister to president, which could be sealed in days.